¬
HOME BLOG GIVING ABOUT
Synopsis:
The game tells the story of two rivals who both discover magic at the same time, but don’t know how to use it properly. Players must look through the two books of spells which sit atop the table to find the spell combinations. Once a combo has been entered, the player aims and casts at the other wizard by pointing and flicking their wand.

A polished version of the original Tragic Magic, which was created during the Global Game Jam 2015.  After receiving good feedback at the Dundee Play Party and DCA Drop in & Play events, the team decided to continue with the project and enter into the BAFTA Scotland New Talent award.  We spent a month polishing up the gameplay, art, & audio, then presented the game to the award judging panel in Glasgow. 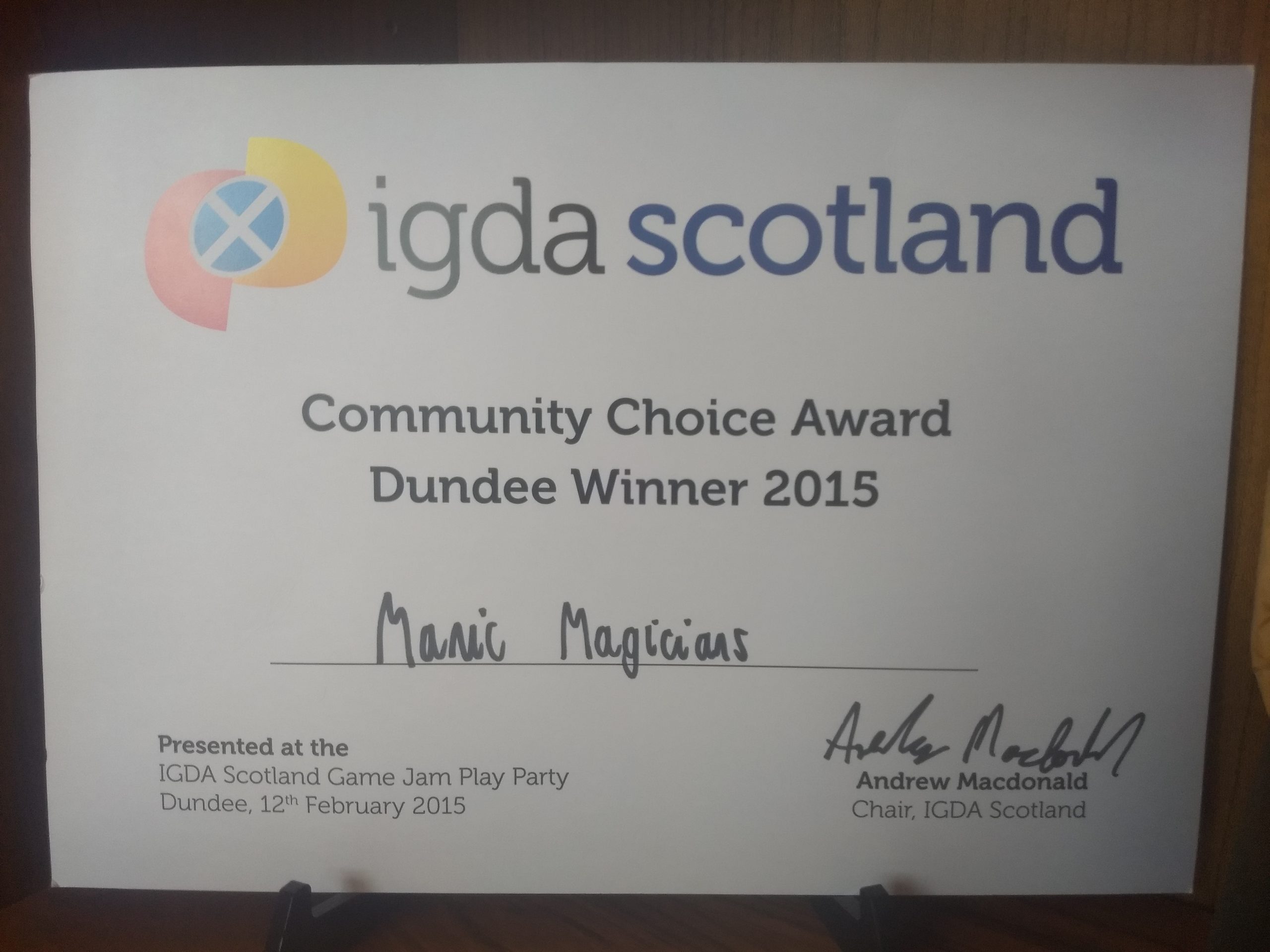 "This game is better than Minecraft"

(who went on to say "I don't really like Minecraft though")